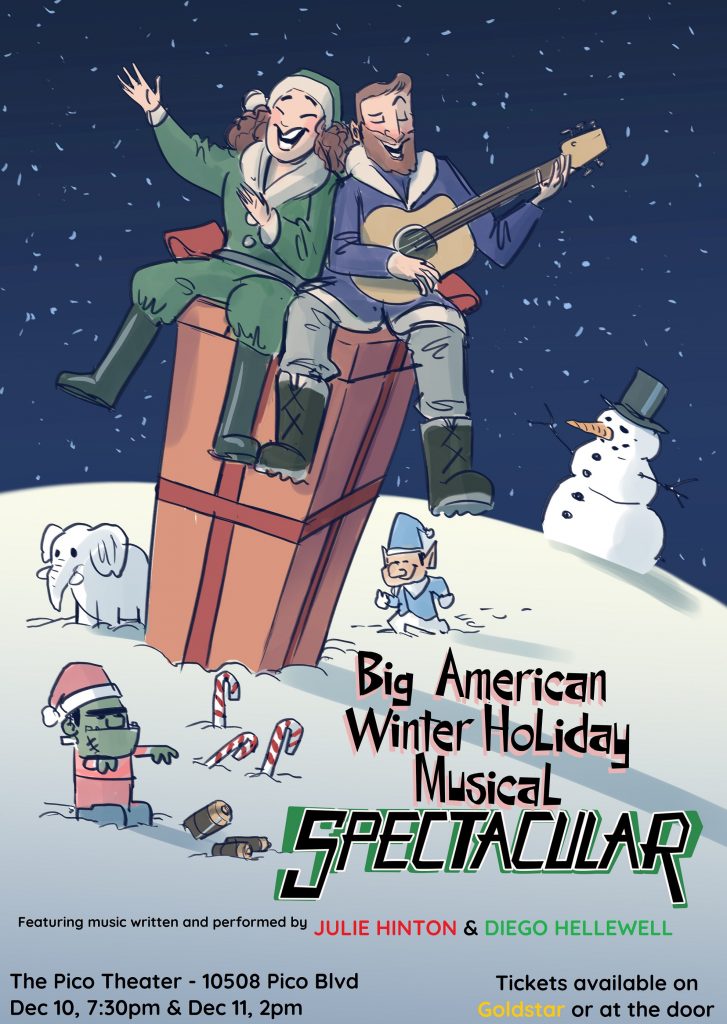 Looking for a way to laugh during the holidays?!

Diego Hellewell and Julie Hinton spent a good chunk of the Covid lockdown writing new music for the fourth season of this comedy concert, and they’re ready to perform! The concert is all original, mostly funny, and more-than-marginally entertaining. They think. Regardless, they’re coming back for two live performances in December that now include songs about seasonal candy, Franken-Santa and pirates at Christmas, as well as perennial favorites regarding a shy little angel named Harold, excessive lighting displays and unconfirmed offenses against elves.

The music spans genres from blues rock to Broadway, children’s to cha-cha, and traditional to extraterrestrial. The concert in Los Angeles is approximately two hours long (including an intermission), and it’s family-friendly too! Bring the whole family for a hearty holiday experience!

“These songs are going to be legendary holiday classics one day!”